The courts may imply a term into a contract to fill a gap in its drafting. The rationale for implying a term is to attempt to reflect the parties’ original intentions.

A long line of case law has developed the test for implying terms into a contract.

When determining whether a term should be implied or not, traditionally the following two tests are applied:

If it is necessary to give business efficacy to the contract, the proposed term will be implied.

If it is necessary to give business efficacy to the contract, the proposed term will be implied.

The proposed term will be implied if it is so obvious that it goes without saying, for example, if a bystander suggested to the parties that they include the term in the contract “they would testily suppress him with a… “oh of course””.

In the case of BP Refinery (Westernport) Pty Ltd v Shire of Hastings, Lord Simon proposed the following summary be regarded as cumulative when implying a term:

In the Privy Council decision in AG of Belize v Belize Telecom, Lord Hoffman formulated the test for implied terms as follows:

“In every case in which it is said that some provision ought to be implied in an instrument, the question for the court is whether such a provision would spell out in express words what the instrument, read against the relevant background, would reasonably be understood to mean. The courts have formulated this question in various ways (the implied term must “go without saying”, it must be “necessary to give business efficacy to the contract” and so on), but these formulations should not be treated as different or additional tests.”

Lord Hoffmann gave two examples of the dangers of treating alternative formulations of the question as if they had a life of their own:

“There are dangers… in detaching the phrase “necessary to give business efficacy” from the basic process of construction of the instrument. It is frequently the case that a contract may work perfectly well in the sense that both parties can perform their express obligations, but [without the implied term] the consequences would contradict what a reasonable person would understand the contract to mean.”

“The requirement that the implied term must “go without saying” is no more than another way of saying that, although the instrument does not expressly say so, that is what a reasonable person would understand it to mean. Any attempt to make more of this requirement runs the risk of diverting attention from the objectivity which informs the whole process of construction into speculation about what the actual parties to the contract or authors (or supposed authors) of the instrument would have thought about the proposed implication.”

Lord Hoffmann suggested that the criteria set out in BP Refinery was best regardedas a collection of different ways in which judges have tried to express the central idea that an implied term(s) must spell out what the contract actually means. , or that they have explained why they did not think they did so, not as a series of independent tests.

The case concerned a tenant’s break clause in a lease. It was common ground that the express terms of the lease did not compel the landlord to pay the tenant a sum of money upon the exercise of the break clause. The tenant contended that the lease in question should have contained a term to that effect.

Lord Neuberger referred to the ‘traditional’ authorities, describing them as “a clear, consistent and principled approach” to the implication of terms and simply added six ‘comments’ by way of explanatory gloss to Lord Simon’s summary in BP Refinery:

What matters is not the hypothetical answer of the actual parties, but that of notional reasonable people in the position of the parties at the original time.

A term should not be implied into a commercial contract merely because it appears fair or because one considers that the parties would have agreed it if it had been suggested. Those are necessary but not sufficient grounds for including a term.

If a term satisfies the other requirements, it is hard to think that it would not be reasonable and equitable.

Business efficacy and the “Officious Bystander” tests are not cumulative

Only one of these requirements needs to be satisfied (although if one is, the other is likely to be). Lord Neuberger agreed with Lord Hoffmann in Belize on this, although all other requirements in BP Refinery are cumulative.

Lord Neuberger cited Lewison in Interpretation of Contracts, 5th edition (2011) para 6.09 on this point. The book criticises questions which suggest only one answer and comments that a question may produce a different answer if put in a more neutral or easy to understand way.

The test is not one of “absolute necessity”, not least because the necessity is judged by reference to business efficacy. A more helpful way of putting the business efficacy requirement may be that a term can only be implied if, without the term, the contract would lack commercial or practical coherence.

As such, Lord Neuberger stated that Lord Hoffmann’s comments in Belize should “henceforth be treated as a characteristically inspired discussion rather than authoritative guidance on the law of implied terms”.

The Supreme Court confirmed that, for a term to be implied, it must be necessary for business efficacy, or be so obvious, it goes without saying.

This is an important judgment, which provides welcome guidance on the questions generated by Belize, questions which have been misinterpreted as diluting these requirements. Going forwards the courts should consider Lord Neuberger’s explanatory comments on the traditional tests when deciding whether to imply a term into a contract or not. 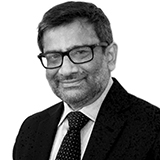