The move could ensure the metal a central role in the $1.8t Islamic finance industry

Gold can now be used as an fully-fledged “commodity” to back Sharia-based financial products.

This follows an initiative launched by London based World Gold council and the Accounting and Auditing Organisation for Islamic Financial Institutions (AAOIFI) and follows approval from the world’s leading Islamic scholars.

Standards have now been set by which financial institutions can apply Sharia principles in the direct physical handling of gold as well as based on any instructions they might give for the metal to be an underlying asset in any transaction. It will be known as the “Sharia Standard No. 57 on Gold and its Trading Controls”.

This immediately raises gold’s prospects to take on a more central role in the global Islamic finance industry, valued at $1.88 trillion (Dh6.91 trillion) in 2015. “The speed of acceptance depends on the individual country — lots of Islamic countries have holdings in bars and coins, not modern day gold products,” said Natalie Dempster of World Gold Council. “This is an opportunity to change that.

“For the last 18 months, WGC has sought advice from Islamic scholars on their stance to whether it’s permissible to invest in gold. The responses varied from “Yes” to “No”, but the vast majority replied “They didn’t know”. There was always that risk of not knowing.

“Now, clear rules have been set out related to trading and structured gold-backed products.”

The earlier doubts on gold’s status as a financial instrument related to its historic status as a “ribawi”, which are everyday commodities in Islamic culture. This meant that stringent transaction rules were in effect to “prevent injustice or inequality between transacting parties”. This meant that “ribawi items must be transferred immediately”.

This meant that gold products had to be spot traded. Another debate swirled around whether gold is a currency or a commodity, “making the design of consistent Sharia rules for modern gold products more difficult”.

“Now that the standards have been set, there is a lot of pent-up demand to bring gold-backed Sharia instruments to market,” said Dempster.

Discussions on the new standard were finalised at the AAOIFI Sharia Board meeting on November 17-19, where the final wording was approved. The development incorporated a consultation period — including public hearing sessions involving key stakeholders — to ensure that the final standard “would be a practical tool for the industry”.

According to Dempster, the Islamic principles do not extend to the mining and sourcing of the metal — “There are already established standards that are applied by the OECD on these activities.”

According to the WGC, gold is less volatile than major Islamic equity indices, REITs (real estate investment trusts) and the Takaful index. And “while it can be more volatile than sukuk, it can be a safer asset class because it carries no credit risk or third-party liability.”

Moreover, gold has brought about better returns than other major Sharia-compliant asset classes in recent times, It has outperformed such assets by 8 per cent over the past eight years and by 28 per cent in the year-to-date.

According to Dr Hamed Hassan Merah, Secretary-General of AAOIFI, “One of the reasons for making this standard a priority was to ensure appropriate products are available as investment solutions within Sharia-compliant options, as well as to help manage liquidity for Islamic financial institutions. This standard … won’t simply enable more Sharia-compliant investment; it may lead towards revolutionary change within the Islamic finance and investment community.” 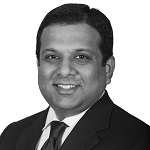